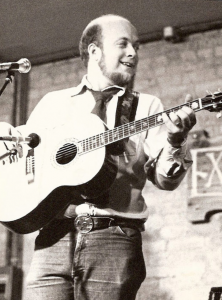 I don’t know whether it’s my Scottish roots or the nature of the music, but whenever I hear music from the East Coast of Canada, I feel an overwhelming urge to explore the Atlantic provinces.

There’s something about the combination of fiddle, guitar, piano, voice, and bodhrán that fills me with the desire to roam cold, rocky shorelines by day and attend boisterous kitchen parties at night (though, unlike the locals, I’d probably need to hire pest control services to keep me safe from dock spiders).

Much of the traditional music of Atlantic Canada has deeps roots in the Scottish and Irish traditions brought over by settlers primarily in the 18th and 19th centuries. Derived from Celtic music is what has come to be known as East Coast Music, which is essentially an amalgamation of the tradition Celtic styles and the sea shanties that celebrate the seafaring culture of the Maritime provinces (this post concerns itself primarily with East Coast Music, though it should be noted that many other genres have become popular in these provinces over the years).

By keeping these traditions alive in their music, acts like The Rankin Family, Ashley MacIsaac, Stan Rogers (shown above), and Natalie MacMaster have helped preserve an important piece of the culture of those who came before them and settled in the Atlantic provinces.

Further, though the Celtic roots are absolutely present in the music of Newfoundland, it has taken on a life of its own, and concerns itself in many cases with the sea-faring lifestyle of the province’s inhabitants. The band Great Big Sea is a popular example of a band that performs sometimes modernized interpretations of traditional sea shanties, as well as their own, somewhat more modern compositions.

In Nova Scotia, the tradition that most pervades the music is Scottish. Concentrated largely on Cape Breton island, the influence of the Sottish Highland settlement manifests itself in the ongoing popularity of bagpipes, and the recognizable combination of fiddle and piano, the music of which lends itself to being popular dancing music. The music of Prince Edward Island is also in large part influenced by settlers from the Scottish Highlands, and the fiddle and piano integral parts of the musical tradition.

Traditional Celtic music is also mixed here, as in the other Maritime provinces, with East Coast Music, as is described above. In New Brunswick, along with the more typical East Coast Music in the north of the province, there has been a particular resurgence of Acadian music. The Acadians were descendants of French immigrants who settled parts of Canada’s East Coast in the 17th and 18th centuries.

Due to a complicated political situation, in 1755, over ten thousand Acadians were deported from the Maritimes to the eastern coast of the United States, but those that remained maintained their musical traditions, which still flourish today.

The East Coast of Canada contains a rich tapestry of musical traditions, with roots reaching back to ancient history, and the influence of modern innovation keeping the traditions alive and well. For now, I’m off to a kitchen party.